This is the 5th and final part of a 5 part series where we take a close look at the major financial centres around Europe. Today, it’s Frankfurt! 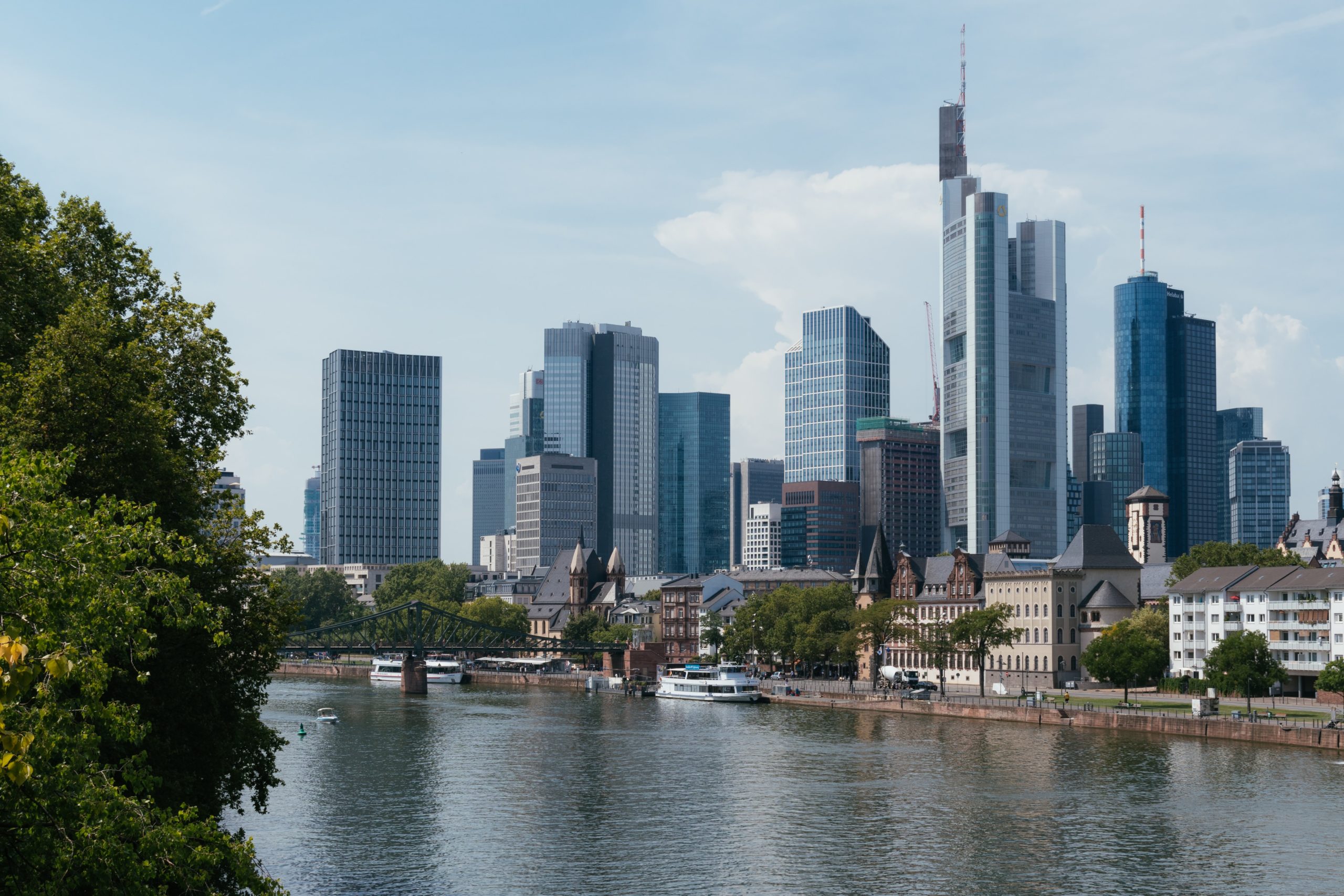 Frankfurt is one of the EU’s most diverse and exciting cities, with a rich history at the centre of Germany and European societal and cultural movements. It is a leading light of financial services and EU governance.

Frankfurt is one of the most important financial centres of Europe, with many banking HQ’s in the city such as Deutsche Bank and the European Central Bank. Its position is a draw for fintech and start-ups in Germany. It is also home to some of the world’s most prominent cultural events, such as the Frankfurt Book Fair, which is the largest in the world.

Frankfurt is also demographically diverse: Half of the population of Frankfurt has a migrant background, and fully a quarter of the population are foreign nationals. This melting pot of people and business is part of the reason why Frankfurt is both a highly desirable place to work and live, but also why it has a disproportionately impressive and world famous business and education sector. Frankfurt is also considered a “green city” – a city with more than 50% of its area as protected green spaces.

The wider Frankfurt am Main and its neighbouring township Offenbach am Main have a combined population of 2.3 million people, with Frankfurt Proper made up of nearly 800,000 thousand inhabitants.

As befitting its central point of business and finance for the EU, Frankfurt sits at the busiest road exchange in Europe; has the busiest freight airport in Europe; one of the busiest airports in the world; is home to the national carrier Lufthansa and is a major high-speed rail and freight hub to Germany and Europe. It also has established intercity travel infrastructure and an efficient public transport system.

Frankfurt has a rich culture and vibrant history as both a vital city-state conurbation integral to the history of Germany, a long storied history as a seat of Holy Roman power, and now with its position as an industrialised powerhouse. Its modern iteration – that of being the financial centre of the EU – is augmented by its excellent, and incredibly varied, cultural offerings.

From the Frankfurt Luminale, to its two beautiful botanical gardens, and rich Museum heritage and history as the founding city of Eurodance and Trance, Frankfurt has much to offer to both the domestic and international visitor.

Frankfurt is home to two of the world’s most well known and established universities: Goethe University, and the Frankfurt School of Finance & Management.

The city is also renowned for having well established specialist schooling, such as the Sankt Georgen Graduate School of Philosophy and Theology, the Frankfurt School of Finance & Management and the Hoch Conservatory, which is a highly regarded school for arts and music.

In the second quarter of 2020, the average price was €999,008 for a detached or semi detached house. Renting a 1 bed apartment in the city centre will set a resident back approx. €1,050 per month; renting a 1 bed apartment outside the city centre is €830 per month. Prices are inflated due to Frankfurt’s star power as a financial hub, however as per a recent World Bank report in 2021, the population of Frankfurt has slightly dropped which will in turn have an effect on housing prices in the coming years.

Frankfurt is world famous for its position as the financial centre of Europe and one of the most important centres of banking.

The city itself is dominated by a skyline (one of the few in the EU), hosting 17 out of Germany’s 18 skyscrapers. These towering buildings are located in the city centre – the Bankenviertel – where the vast majority of the city’s financial companies reside.

Aside from this, there are many famed parts of the city, such as the Freßgass (or “feeding alley”), a street known for its amazing food outlets, Zeil, the main shopping district, and the Goethestraße, home to many high-end fashion brands.

Photo by Kai Pilger on Unsplash